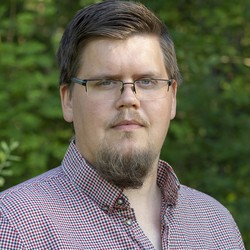 I am Dr. Svante Martinsson, a systematic zoologist. My research focus has been the species boundaries of primarily terrestrial clitellate worms. This is performed using a combination of mainly molecular and morphological data, and includes molecular species delimitations, taxonomical revisions, and descriptions of new species. I do not currently hold a research position and am looking for new opportunities.

I received my PhD from the University of Gothenburg, in February 2017, under the supervision of Professor Christer Erséus, my PhD work was on species delimitation in oligochaetous Annelida, and was focused on the diversity of mainly earthworms (Lumbricidae) and potworms (Enchytraeidae) in Northern Europe using an integrative approach.

The exploration of species boundaries among clitellate worms has continued to be my main research topic, but I also have a strong interest in trying to understand the origin and spread of invasive species and have worked on invasive earthworms in both Australia and Europe, as well as being involved in developing protocols for using digital droplet PCR to detect invasive species in water samples using eDNA. I am also open to use my skills and knowledge to work on other organism groups.

Following the completion of my PhD studies I have had several employments as a researcher and adjunct lecturer in Zoological Systematics and Evolution at the University of Gothenburg, as well as various contracts as marine biologist and research assistant in the industry. Before my PhD studies, I received a Bachelor degree in Biology from the University of Kalmar (now the Linnaeus University) and a Master degree in Zoological Systematics and Biodiversity from University of Gothenburg, the thesis projects for both of these degrees involved research on fungus gnats (Sciaroidea).

For more details, please look at my publications, and/or CV, and do not hesitate to contact my if you have any questions or inquiries.